The Best CAD Software for Beginners in 2022

CAD is an abbreviation for computer-aided design and can be used to design 2D and 3D models for various industries before actually building the product itself.

If you’re trying to swim in the really really deep waters of CAD, you should be open to spending 6-9 months mastering it. It takes about 3 months for one to learn the basics of CAD and a beginner’s software is predominantly based on innate reasoning abilities. At the end of the 3-month period, you should be able to sketch a rough draft. You should give it another 6 months to truly learn the nuances and become a master of the software.

A CAD software is reviewed based on intricacies such as:

Here is a list of the best CAD software for beginners in 2022.

You should learn tinkercad if you’ve always dreamt about being an AutoCAD expert. Ever since its launch in 2011, tinkercad has become famous among budding designers. Its user interface is one of the easiest, as it follows a drag and drop builder model. The software is completely cloud-based. Some other important features include file exportation, file editing, 3D blocks, and hollow blocks.  Even though it is not as efficient as other beginner software, it is most recommended by tutors and students working on their basics.

FreeCAD is a completely free CAD software and is based on parametric modelling. Parametric modelling enables users to modify their designs by simply tracing back the design history and making alterations to the parameters. FreeCad also allows users to design down a 3D model to a 2D model. This CAD software reads and writes in almost 6 open file formats, permitting its users to seamlessly integrate the software into their workflow. FreeCAD can be used by everyone including tutors, students, and engineers.

Designed and launched by Microsoft in 2013, the 3D builder is a lightweight CAD software specifically built to make 3D printing easier. This tool allows you to upload and make changes to 3D models designed by others, while you can also build a design from scratch. The best-rated feature of this software is the mobile app which allows you to scan real-time objects using your camera and convert them into 3D models. The 3D builder software is completely free, beginner-friendly renders in multiple formats, and can be integrated with multiple platforms.

If you have already tried the free software and want CAD software that will challenge you with features, draftsight is a perfect choice. Used predominantly by architects, engineers, and construction workers, Draftsight is an extraordinary CAD software that is known for its 2D to 3D or vice versa transition process. Draftsight has multiple features, with the latest ones being the dark mode, custom blocks, and spline enhancements. It also has a new productivity tool, Sheetmanager, which allows you to manage large projects.

3D Slash, as the name suggests, is CAD software that is entirely based on slashing or remodelling a cuboid until you get the model that you desire. This software is one of the fastest in the market and has the most unique tools & features in layman’s language. 3D slash is easy to pick up due to the intuitive interface and is majorly being used by students and STEM teachers. The software is available in both desktop and web versions.

SketchUp by Trimble is rated as easy to learn and use by 92% of its users. Its clear user interface makes navigation through the software simple and intuitive. The software allows you to design in 3D while making notes in 2D. SketchUp also comes with a large library of designs called the 3D warehouse, which has designs from multiple big brands. These designs are helpful in studying the nuances of your inspiration. This software has a free version for beginners and a pro version for engineers and architects who swear by the collaborative nature of this software.

LibreCad is a completely free CAD software that is renowned for its community of developers, contributors, and users. It is mainly used for 2D designs, drawing, and drafting. LibreCAD is an open-source program for Windows, IOS, & Linux. It is easier to collaborate with LibreCAD due to its language feature, which supports almost 30 languages.

Are you someone who draws inspiration for building using Lego blocks? LeoCAD allows you to build virtual designs using lego bricks. This software is a smart blend of an easy learning curve and features that help execute advanced techniques which makes it highly suitable for a beginner. LibreCAD is completely free and is compatible with Windows, IOS, and Linux.

IronCAD is another beginner-friendly software that allows you to design in both 3D and 2D using intuitive and fast technology. Learning IronCad takes only a few months as it is a drag and drop builder. This software has an inbuilt catalogue that helps you start with a predesigned shape. Ironcad also makes it easier to make changes, share files, and is also found to be more productive due to its speed.

As you can see, there are multiple types of beginner-friendly CAD software although this article houses only the best. Our advice to you would be to choose a free version of the easiest software and gradually transition to advanced features, followed by pro versions. 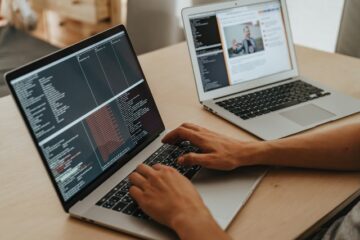 What Are the Key Points of Agile Software Development?

Software development teams use planning before they start coding to keep their workload and timeline under control. They choose the appropriate programming language and database for the project, break down tasks into small pieces, and Read more… 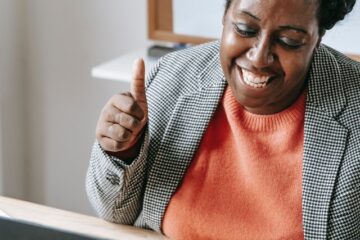 Before using Microsoft Excel, you should learn some basic tips for creating formulas. Formulas are the tools used to perform simple arithmetic in Excel. You can multiply or divide data by using exponents. When you Read more… 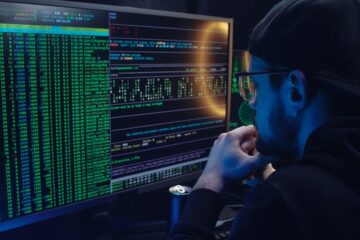 There are a number of different antivirus out there, and each of them offers different levels of protection. For this article, we will look at Bitdefender, McAfee, Trend Micro, and Norton 360 Deluxe. All have Read more…